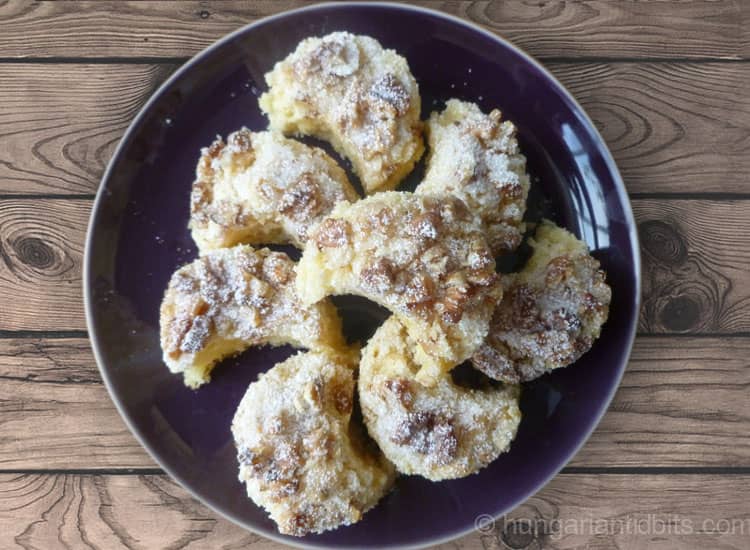 The name is paying homage to Lajos Kossuth, lawyer, journalist, politician, statesman and Governor-President of the Kingdom of Hungary during the revolution of 1848–49.

The story goes, he spent a lot of time in Bratislava which was the hub of Hungarian political life and home of the parliament – now the capital of Slovakia. Here a restaurant frequented by the politicians had these cakes on the menu, a creation of the owner.  Kossuth became very fond of these little delicacies, so much so that the cakes got named after him.  The original recipe is somewhat debated in detail but this is the variety that became known as Kossuth Kifli.

– Chop the walnuts into smaller pieces than I did, it will be easier to cut out the crescent shapes.
– Could use almonds instead of walnuts