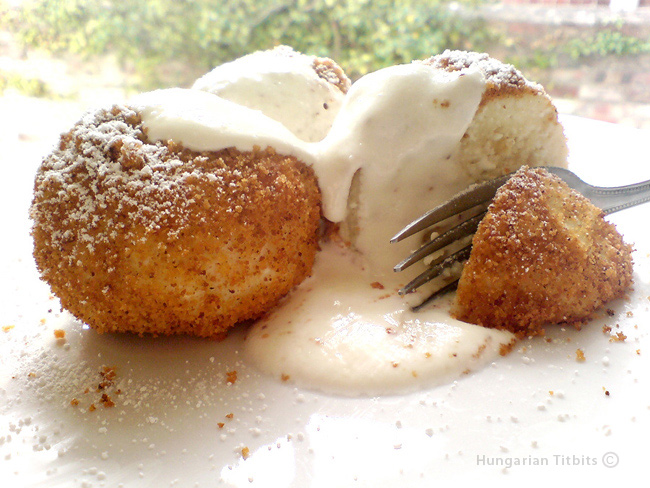 I even surprised myself how well these dumplings turned out.   They are warmingly filling, a savory-sweet dish that is a hot favourite in many if not all Hungarian kitchens.  It’s often offered in restaurants on their dessert list but also makes a decent second course and a smashing afters for Hungarian goulash soup. And here is the recipe, this will make 4-6 dumplings depending on size and enough for two people: